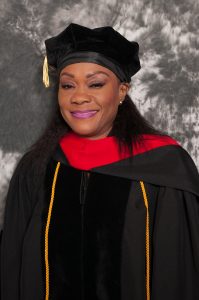 For over 15 years through the ministry of Women of Vision (Mother Ministry), the ministry hosted a powerful Annual National and International Prophetic Prayer Conference called TRAVAIL, (Isaiah 66:18) with the intention to reach, equip, empower, and encourage many men and women from different cultural backgrounds and churches to rise up in the areas of prayer and intercession.

With the TRAVAIL Conference, the ministry endeavored to serve and advance the Kingdom with a level of excellence and protocol both to ministry guests and delegates of national and international prominence. As a result of TRAVAIL, many have returned to their nations, regions, cities, and churches with the fire of intercession on the altars of their hearts re-ignited. (Leviticus 6:11-12)

Our Vision, quite simply, is to blow the trumpet in Zion, and sound a Clarion Call to both believers and non-believers, locally, nationally, and globally (Joel 2:1). Our Vision is realized through our Mission to “Build quality people of power and Godly character to impact their generation.”

After several years of teaching and imparting the spirit of prayer and intercession to the remnant, Pastor Sarah Morgan heard God say, “You are to raise up ‘Praying Warriors.” Subsequently, Prayer Academy was officially formed and has partnered with many ministries to co-host all day prayer seminars in various cities all over the United States.

We are not just raising up “Prayer Warriors, but Praying Warriors” with the intention to reach, equip, empower, and encourage many men and women from different cultural backgrounds and churches to rise up in the areas of prophetic prayer, intercession and spiritual warfare.

With the Prayer Academy, we have endeavored to advance the Kingdom by equipping and empowering the Body of Christ through well developed and balanced student manuals, workbooks and outlines in the area of prayer. As a result of Prayer Academy Seminars, many have returned to their regions, cities, and churches with a renewed fire and passion for prayer.

Our persuasion is “The Church was not born in a board meeting, but in a Prayer Meeting” where 120 people raised an altar of earth in the upper room, all with one accord and in one place. Accordingly, the fire fell and the Church was birthed (Acts 2).

We are persuade that “Anything not birthed through prayer is illegal.”

Our Mission, quite simply, is to “Teach Prayer and Raise Praying Warriors” and to ensure that “The Voice of Prayer is Not Silenced” in the Body of Christ.

Once Jesus was in a certain place praying. As he finished, one of his disciples came to him and said, “Lord, TEACH us to pray, just as John TAUGHT his disciples.” Luke 11:1

Prayer is TAUGHT and Prayer is CAUGHT!

“We are not just raising up Prayer Warriors, but Praying Warriors.”
Please consider sowing a Seed into The Prayer Academy today!